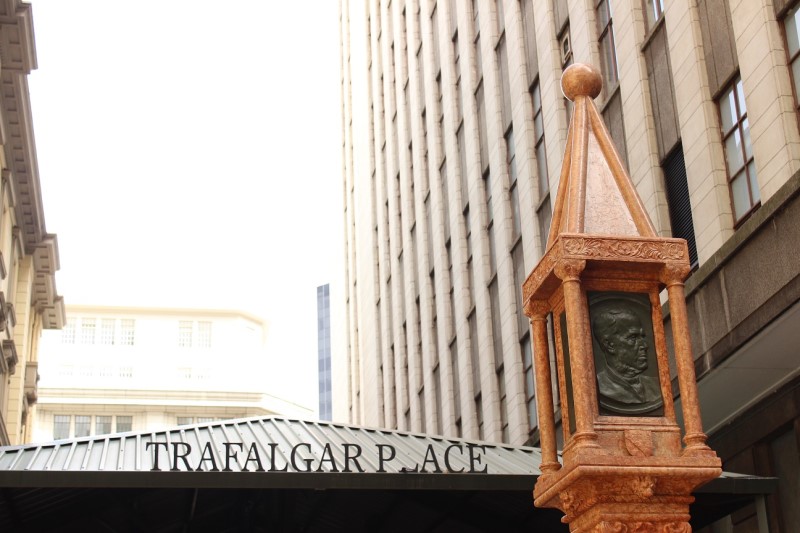 One of the central city’s iconic memorials, the Lightfoot Memorial at Trafalgar Place, has been unveiled after its R1-million restoration by the City of Cape Town.

The memorial fountain was erected in honour of Archdeacon Thomas Lightfoot and originally unveiled in 1907 in the square adjacent to the Trafalgar Place Flower Market. Its restoration was proposed in 2014 by Ward councillor Dave Bryant who has led the project to preserve the weather-worn piece of Cape Town’s history.

Speaking at the unveiling of the memorial in March, Councillor Bryant said: “Cape Town has a complex history with many dark and difficult periods that have left deep scars on our people and communities. It is essential that we honour those heroes of the past who have contributed towards making our city a more inclusive and caring place. Through honouring the memory of Archdeacon Lightfoot and others like him we can set an example for future generations of what true servant leadership really represents.” 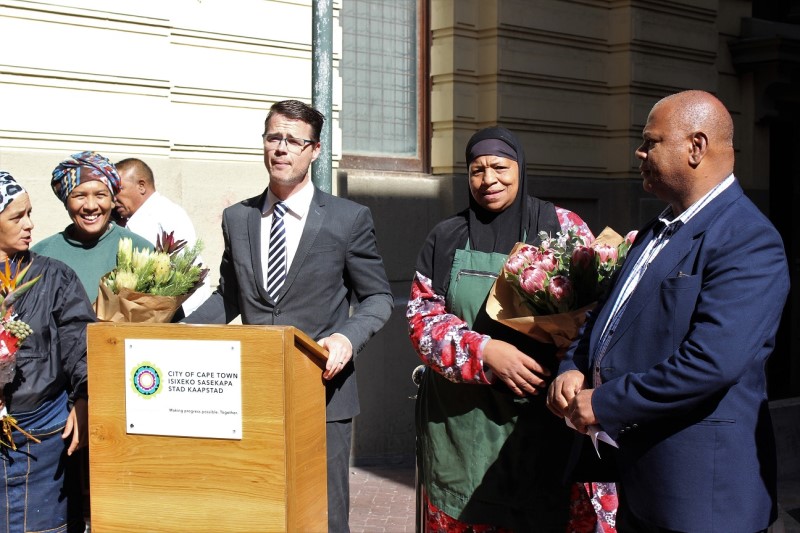 Originally born in London in 1831, Lightfoot first worked as a newspaper reporter before becoming a missionary. Having been ordained in 1857, he arrived in Cape Town in 1858, where he not only founded the St Paul’s Mission in Bree Street, but was also one of the founders of Cape Town’s first soup kitchens and night shelters.
When proposing the renovation project, Councillor Bryant noted that Lightfoot was a true hero of the downtrodden in early Cape Town. However, his legacy had since disappeared from public consciousness.

Original proposals included moving the memorial to the Company’s Garden but this was reconsidered in 2016 when it was recognised that it was an integral part of the history of the flower sellers, whose trading at Trafalgar Place precedes the original installation of the memorial.

It is also said to be the exact spot in 1904 where Lightfoot, known for his humanitarian work among Cape Town’s poor and destitute, died from fatal injuries after having been blown over by the notorious south-easter wind. 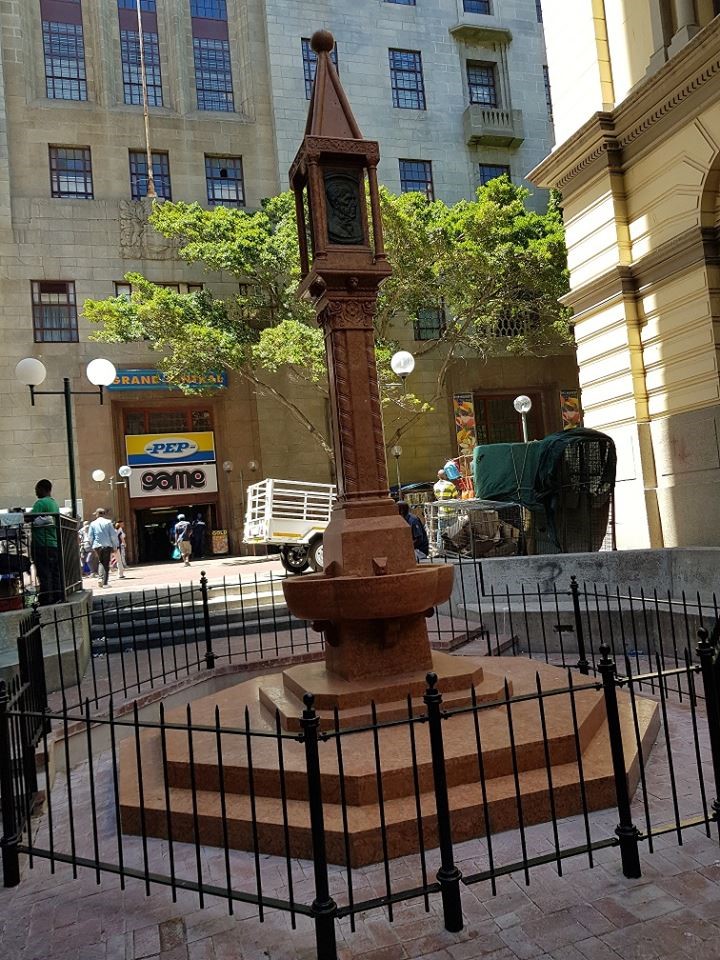 The 109-year-old Lightfoot Memorial, built to honour the legacy of Archdeacon Thomas Lightfoot, was restored by heritage expert Jan Corewijn.

Standing three metres tall and made of red Verona marble, the memorial is a replica of a 14th century original from an old market in Verona, Italy.

The delicate restoration work was undertaken by renowned heritage restoration expert, Jan Corewijn of Corewijn & Associates, and included the replacement of a profile of the Archdeacon’s face at the top lantern section after the original bronze panels were stolen. Tile mosaics were also added to enhance the bare concrete seating created at the foot of memorial in more recent years, adding colour and a graphic link to the flower sellers.

Says Tasso Evangelinos, CEO of the CCID: “It is incredibly important that all historical assets within the Central City are maintained, as our CBD is a melting pot of the many cultures and people who have played a part in our city’s history. We are very proud that the restoration of this memorial, after having been neglected for so many years, is breathing new life into Trafalgar Place and that Lightfoot’s legacy is being recognised once again.”
Images: Scott Arendse, CCID Online Coordinator